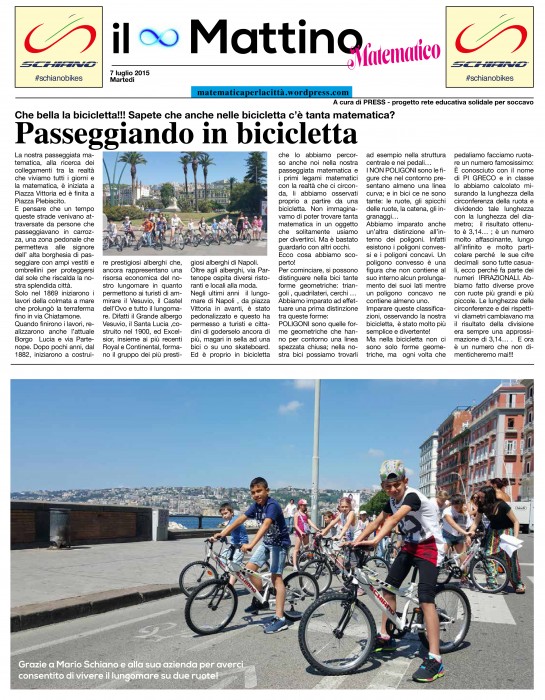 Juliana Bühring will conclude at Piazza del Plebiscito in Naples around the world by bicycle on Saturday 22 December. She left from Naples on July 23, went through 18 countries and 4 continents, covering a distance of 29,000 km. She will stop the time riding her ’Bicycle Pegasus’ made and specifically designed by Mario Schiano srl, bicycle producer company since 1923. She will gain the Guinness World Record for circumnavigating the globe in bicycle, all-female.

The invitation is for all cyclists to wear something white and join Juliana during last step of her
journey, at the following meeting:
– 9:15 am about , in Frattamaggiore at our company in Viale delle Industrie 16.
– 10:30 am about, in Bagnoli, Via Naples crossing Via Bagnoli (at the beginning of cycle path)
– 12:00 am about , arrival in Piazza del Plebiscito in Naples.

Upon arrival in Piazza del Plebiscito will be present: Maria Grazia Cucinotta (guest of honor), the municipal councilors Sergio D’Angelo and Anna Donati. In addition there will be a real happening, cycle-friendly, of solidarity with a flash-mob on two wheels.